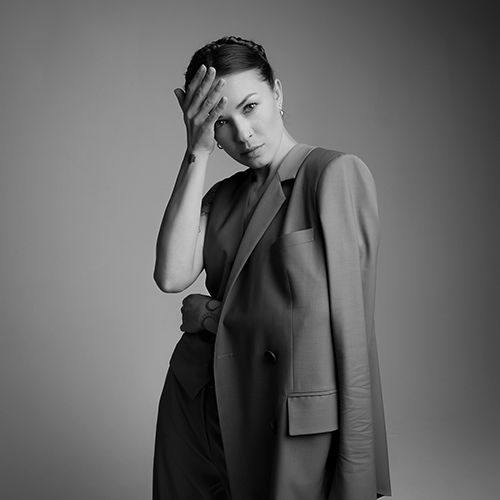 It comes as no surprise that, after a dazzling career spanning more than 15 years, Nastia is now one of the best-known faces in Ukrainian electro. Originally a radio presenter and curator for KISS FM, she became a resident of the Moscow club Arma17 in 2010, founded Propaganda Records and the Strichka Festival in 2014, and then created the NECHTO label in 2019. All the while, she has still found the time to play at the best clubs in the world, to speak at numerous conferences, and to maintain her commitment to Ukrainian culture and artists, a cause that she has long been dedicated to defending and promoting.