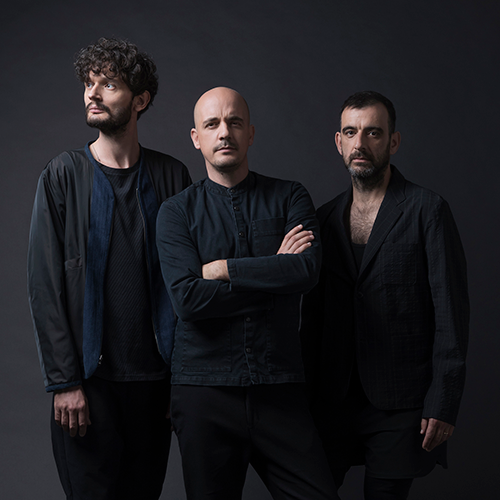 What further introduction does Moderat need in 2023? Moderat is the story of Modeselektor (Gernot Bronsert + Sebastian Szary) and Apparat (Sascha Ring), two electronic heavyweights who decided to join forces despite the apparent incompatibility of the former’s thundering bass and the latter’s subtle, sensitive melodies. Twenty years have passed since the release of their debut EP, Auf Kosten der Gesundheit, since when the group’s fame has spread far, far beyond the Berlin electronic scene. Six years on from their last appearance at Nuits Sonores, the trio will take over the Fagor factory to present not just a fourth album, MORE D4TA, but a sound and aesthetic that immediately stand out among the thousands of others to have marked the last two decades.