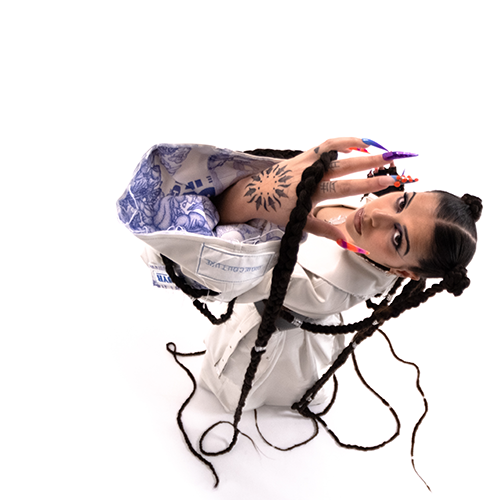 This independent gyal announced herself on the Lyon rap scene in June 2021 with her debut EP, Zero, created in Brazil with Lyon-based producer Izen. She then honed her baile funk craft alongside King Doudou,with whom she released Cardio in March 2022: all minimalist and raw productions with irregular rhythms, with Lazuli’s sensual and arrogant flow layered over the top of an 808. Having also collaborated with Brodinski on Pica, she emerged as one of the discoveries of 2022.