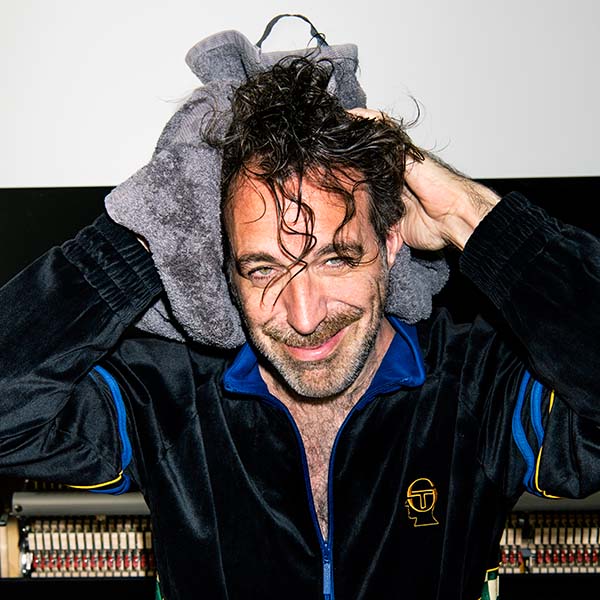 Chilly Gonzales is as much known for his intimate approach to the piano, through his Solo Piano trilogy of albums, as he is for his showmanship and his compositions for internationally renowned artists. Dressed in a bathrobe and slippers, he sells out philharmonic halls around the world. In the space of an evening, he can give a sublime solo piano recital, dissect the musicology of a Billie Eilish hit, and demonstrate his lyrical dexteritý as a rapper. He performs and writes songs with Jarvis Cocker, Feist and Drake, and won a Grammy for his collaboration on Daft Punk's Best Album of the Year.

His book Non-Guilty Pleasures, on the question of 'good' or 'bad' taste in the arts, received critical acclaim when it was published in several languages in 2020. More recently, Gonzo has recorded a Christmas album that has become an instant classic of the genre, A Very Chilly Christmas as well as A Very Chilly Christmas TV Special, a programme in which the old-school Christmas variety show gets a makeover, available on VOD.